Awareness is the panacea for women empowerment

South Africa commemorates women’s month in August as a tribute to the more than 20 000 women who marched to the Union Buildings on 9 August 1956. This was in protest against the extension of Pass Laws to women. The Government of South Africa declared August as women’s month and 9 August is celebrated annually as Women’s Day.

Women are generally more sociable than their male counterparts. They are talented in arranging social events ranging from tea parties, stokvels, weddings and church meetings. It is in such places where most engagements, chitchats and advice take place. This begs the question – Should women take investment advice from social circles?

Free advice, in general, can do more harm than good. Not only are your friends unaware of your exact financial situation, but they may also be unqualified to offer you advice. Often, the advice given by friends or relatives is often based on their personal experience. Therefore, it may be very subjective and unsuitable for your situation.

Many of us are tempted by the success stories of friends and relatives to jump on the bandwagon, only to be disappointed later. It is important to remember that investment products as such are not good or bad.

In this case, one size does not fit all. Just as a diet that suits one person may not suit another, an investment plan that works for someone else may not work for you.

This brings me to the Ponzi scheme concept. This is often made popular during social meetings. A Ponzi scheme is an investment scam that pays existing investors out of money invested by new investors, giving the appearance of earnings and profits where there are none. Ponzi schemes are also known as pyramid schemes.

The scheme is based on recruiting an ever-increasing number of “investors.” The initial promoters recruit investors, who in turn recruit more investors, and so on. The scheme is called a “pyramid” because at each level, the number of investors increases.

Pyramid schemes make virtually all their profits from signing up new recruits and often attempt to disguise entry fees as the price charged for mandatory purchases of training, computer services, or product inventory. Pyramid schemes are not only illegal; they are a waste of money and time.

An example of a pyramid scheme in South Africa was the MMM during 2017. While the MMM online scheme was growing through its rebooted pyramid in South Africa, the list of people who have fallen victim to the scam also seemed to be on the rise.

MMM subsequently froze its platform as users failed to feed the bottom of the pyramid with points collected from cash donations from members. South Africans who lost money in the frozen scheme do not appear to have had a legal recourse.

Scamsters often use authority figures such as religious leaders to punt their scams. It is also becoming quite common for scamsters to use well-known brands, and financial institutions as a “front” for these schemes.

Nevertheless, what are the symptoms of a pyramid scheme? 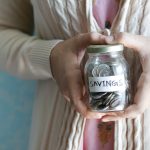 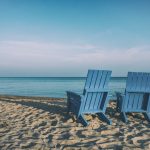 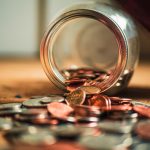